Vani Archaeological Museum is located in the Imereti region, Vani Municipality, near the Vani archeological site. It was founded on September 25, 1985, on the initiative of Academician Otar Lortkipanidze, the head of the Vani Archaeological Expedition. Today the museum is named after him. The material preserved in the Vani Museum dates back to 800 BCE-100 CE. Unique samples of gold, silver, bronze wares, numismatics and more are kept here.

The ruined/former town of Vani is a multi-layered archeological site, that includes cultural layers from the Iron Age to the Hellenistic era. The site is situated on a hill divided into three terraces, protected on two sides by deep ravines. The settlement in Vani existed continuously for eight centuries (VIII-I centuries BC). The earliest stage in the history of Old Vani dates back to the VIII-VII centuries BC, although the material of this period is relatively scarce. Presumably, the construction activities of the following periods damaged the ancient monuments. At this stage, the city was supposed to be a cult center of the surrounding neighborhoods. The cult complex located on the central terrace of the city is the best-preserved. The second stage, which includes wooden buildings, ritual square, rock-cut complex, luxurious tombs and other monuments, dates back to the VI-IV centuries BC. By this time Old Vani had to be one of the political-administrative centers of the Kingdom of Colchis. Archaeological excavations have uncovered specimens of Colchian goldsmithery of this period. In the third stage of the history of the ruined city of Vani (second half of the IV century BC – beginning of the III century BC) in the conditions of the weakening of the Kingdom of Colchis, the rulers of the Vani region gained some political independence. This period includes a series of luxurious tombs and chapels built with groups of tombs. There are innovations in the craft industry (e.g., production of amphoras and tiles has begun) and burial rules (e.g., burying grave goods such as coins and amphoras for the deceased). In the fourth stage (second half of the 3rd century BC – mid-1st century BC) fundamental changes took place. The burial of the upper strata of society within the city was stopped and it became a temple city. All buildings of this period are for religious purposes. Old Vani was destroyed in the middle of the 1st century BC, although materials from the Late Neolithic and Middle Ages have also been discovered.

How to get there

Vani Archaeological Museum is located at 32 Otar Lortkipanidze Street in Vani, Imereti Region. The road goes to the museum. 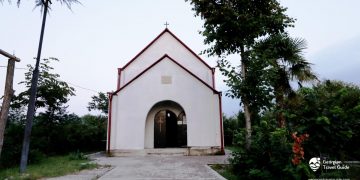 The Church of Saints Peter and Paul in Dikhashkho 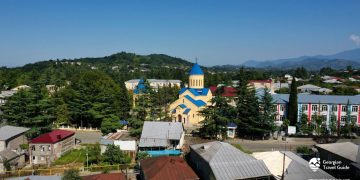 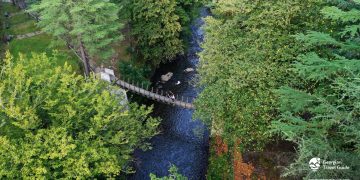 2021 © VANI MUNICIPALITY. POWERED BY IT INCUBATOR.